One issue that many people may encounter during their career is non-compete agreements. A non-compete clause (also known as an NCC) is a term under which one party (often an employee) agrees not to enter into a similar profession in competition against another party (often the employer).

Non-compete agreements are a method for employers or business owners, to protect their business. Their ultimate goal is for their business to succeed, and the idea behind the non-compete clause is to prevent the business’s most skilled employees from leaving the company and using the company's confidential information and business contacts to start a competing business.

According to North Texas Legal News, the Texas courts require two factors to enforce a non-compete agreement that is ancillary to an otherwise enforceable agreement. An employer can evaluate these factors for their clause by asking the following questions:

Non-compete agreements are just one part of commercial law, and they come with their own specific obstacles. Once a business grows to the point of considering factors such as non-compete clauses, an experienced lawyer can be a guide through issues that must be addressed. 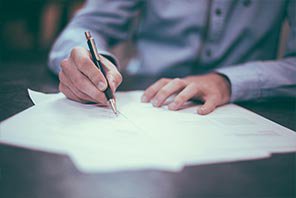 If you have the need for a commercial law attorney in the Austin area, I would welcome the opportunity to discuss your need for representation. Contact me to schedule a consultation.

Set up a consultation

Tell me about yourself